Most people have heard the term ‘partnership’ however very few understand what it involves in the context of business relations. Some of the questions most frequently posed are as follows:

A business partnership is a specific kind of legal relationship formed by the agreement between two or more individuals and/or organisations to carry on a business as co-owners. A partnership is a business with multiple owners, each of whom has invested in the business.


What is the legal definition of a partnership?

It is perhaps fair to say, that before anyone thought of doing anything else, the only way in which two or more people could operate a business venture was by way of a partnership. The Oxford English Dictionary records the use of the term partnership as far back as 1700.

What is remarkable is that even today the concept of partnership remains relatively unchanged. The very basic definition of the term “partnership” is contained at section 1 of the Partnership Act 1890, which provides as follows:

“Partnership is the relation which subsists between persons carrying on a business in common with a view of profit.”

From this statutory definition, there are three basic conditions that must be satisfied before the group can be termed a partnership, namely there must be:

Some commentators also impose a fourth condition which is an agreement to share any profits realised. This condition pre-dates the Partnership Act 1890 (see Pooley v Driver (1876) 5 Ch.D. 458) and it was also later affirmed in Davies v Newman 2000 W.L. 1841655 were it was observed that “It is the essence of a partnership that both profits and losses are shared.”

The Partnership Act 1890 represents the law of England and Wales today and it is an Act of Parliament which was largely declaratory of the existing laws at the time of its passage, accordingly the innovations that it sought to introduce were largely insignificant. Its only drawbacks were:

Although the formation of a partnership may be unintentional, most persons who operate inside of partnerships and will draw up a written partnership agreement.

However, it is worth setting up a partnership agreement if you are forming a partnership, as it will give you and your partners more control over what you can do in the partnership.


How do you know if there is a partnership arrangement?

A partnership comes into existence between legal persons who have mutually incorporated in one of two cases;

The question whether there is a partnership depends on the true relationship and not on any label that the parties attach to it, it is a matter of mixed fact and law.

Although, in practice the inclusion of a disclaimer of intention to create partnership relations will cast doubt upon whether the parties intend to carry on business in common with a view to a profit and to create a mutual agency.


Do you need a partnership agreement?

Partnerships do not require a partnerships agreement, there are many partnerships, including in the professions which are not governed by a written agreement, whether because the partners thought it unnecessary or never got around to it. In some cases, they might have allowed their existing partnership agreement to lapse, following the admission of a new partner.

Ultimately, a well-drafted partnership agreement represents the most elementary form of protection for the partners.

Furthermore, without a partnership agreement, any profits earned by the group are shared equally by all partners, regardless of how much time or investment each partner puts into the business.


What are the usual clauses found in a partnership agreement?

The purpose of this insight is not to go through every possible term to be included in a partnership agreement and it should not be assumed that each of the clauses referenced below will be required in every case and/or their inclusion guarantees the suitability of the agreement.

The draftsman should also bear in mind that the majority of the provisions in the Partnership Act 1890 will apply unless they are expressly or impliedly excluded by the partnership agreement.

The agreement should identify the parties and state whether they will be equity partners, salaried/ fixed share partners or merely employees who are held out to be partners. The latter should be discouraged for the reason given below.

Nature of the Business

The partnership agreement should clearly define the nature of the business being carried on.

Each partner will stand liable for the acts of his co-partners, and thus, for the debts and obligations of the firm from this date. As a matter of law, a deed takes effect at the moment of its execution, the date on the face of the agreement is irrelevant: see Morell v Studd & Millington [1913] 2 Ch. 648.

This usually takes the form of a fixed term of years or the “joint lives” of the partners.

Income and liabilities from previous businesses

This is an important consideration when a new partner is admitted. It should also be observed that if an incoming partner agrees to undertake liability for existing partnership debts, he should require the remaining partners to warrant that they have made full disclosure of the nature and amount of those debts.

The amount of capital that each partner is required to contribute and the manner in which such capital is to be owned.

Bankers of the partnership

It is usual for the agreement to name the bank at which the partnership maintains its accounts.

Powers and duties of the partners

This clause is frequently very wide in scope however it will cover the amount of time to be dedicated to partnership affairs, holidays/ leave and any special or exclusive authorities (i.e. managing or senior partners).

It is fundamental that the agreement provides for how decisions on both large and small issues are to be taken. A unanimous decision may be required for certain very important decisions.

There is no inherent right to retire from a partnership otherwise than by agreement, it is therefore usually desirable to provide for voluntary retirement or compulsory retirement on grounds of age.

In the absence of an express agreement, as a matter of law no partner can be expelled from, or otherwise forced to leave a partnership. Some of the common grounds provided are an individual partner’s: (i) insolvency; (ii) misconduct; (iii) and material breach of the agreement.


What is the difference between a partnership and other joint ventures?

Two or more persons may find themselves in a consortium or other relationship which imposes obligations although it is not strictly a partnership.

The absence of the existence of a partnership does not mean that none of the duties of good faith exist that exist between partners; of course, the extent to which such duties will vary from case-to-case. Categories are these:

The term ‘joint venture’ usually means a partnership for a single venture, or the arrangement whereby several parties incorporate a company to carry out a particular project.

The first question will always be whether or not a partnership has come into existence and the mere fact that the parties describe their association as a joint venture does not prevent it from being a partnership.


If it is not a partnership, what could it be?

If there is no partnership, a question may arise whether any rights have arisen under the doctrine of a joint venture. The rights may arise if a person is negotiating for an intended partnership.

Some entities which are akin to a partnership and frequently confused with partnerships are:

An agent paid out of a percentage of the takings is not a partner. Moreover, where there is one person acting for another, his obligations to the principal is that of an agent. The principal will also be vicariously liable for the acts of his agent however this is not always the case in partnerships.

A charitable club or social society will not be a partnership: Wise v Perpetual Trustee Co [1903] AC 139. This will extend to a members’ club, where its members finance it by subscription and a proprietary club that is owned by a proprietor rather than the members.

The distinction is rarely in dispute, as a company is a fictional person separate from its members whereas a partnership is not. Although the relation between company directors and shareholders is not a partnership, a company can itself be a partner. Where an individual partner controls a company, which acts for him in relation to the business, that company becomes accountable as much as he.

The relationship between an employer and an employee is inconsistent with that of a partnership. An employee cannot be both a partner and an employee: see MacKinlay v Arthur Young McClelland Moores & Co (1990) 2 AC 239. Although the phrase ‘Salaried Partner’ is frequently used to identify someone who is less than full-profit sharing, in practice, it should be avoided because it creates confusion. Whether he is a partner will come down to the construction of the agreement with the firm.

Private companies which are manged in a way that is very similar to partnerships, with a personal relationship between the members who all contribute to the management are called quasi-partnerships. Quasi-partnership is not a legally defined term and although it contains the term ‘partnership’ it has nothing to do with partnership law.

If it is the intention of the parties, the court will in certain instances recognise that assets are held according to Sharia shares and not as partnership assets: see Choudhury v Choudhury [2006] EWHC 1837. Although it should be observed that the English courts will not interpret Sharia law.

This is considered in the following section however much like limited companies, the limited liability partnership is entirely a creature of statute.


What is a limited liability partnership?

The limited liability partnership is a body corporate and like a limited company it has a legal personality separate from that of its members.

Indeed, the very term ‘members’, which is used throughout the Limited Liability Partnership Act 2000 is introduced to distinguish the position of the individuals involved in a limited liability partnership from that of the ‘partners’ in a partnership, it also further reinforces the separate nature of an LLP.

The intricacies of the limited liability partnership structure and its functionality are beyond the scope of this insight.

If you want to discuss any of the issues raised herein please do not hesitate to contact a member of our team to discuss any matters relating to your business. 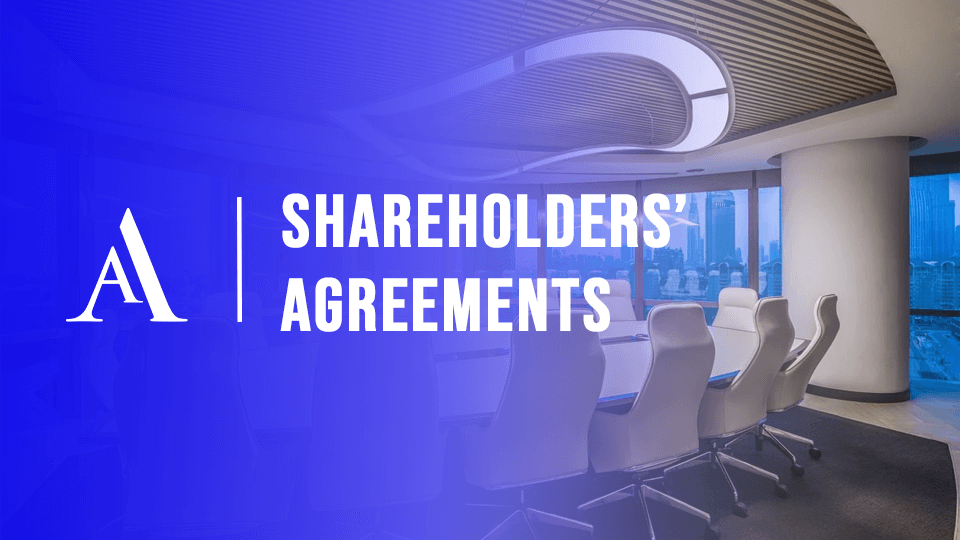